What is that child doing?!

As stated in the last post, I haven't been here in six years. Here's another post that was started and scheduled to be published on August 3, 2008.  I'm posting it now so the subject of the post can drop in and read it. I never finished it, sadly, but this is definitely GiGi all over again. LOL!

Here's what was in my draft:

Okay, so I'm sitting here at my computer, and my six-year-old is in the kitchen. She's entertaining herself, as is her habit since she has no sibling comrades. She possesses an over-active imagination and has a flair for drama (probably got this from her mother).

Now, I can't swear to this, but I think I've just been listening to a musical version of Macbeth. I have heard, in the space of ten minutes, no less than:

I should probably be recording this so I can blackmail Gigi when she's in high school.

The wordless aria is over - it has been replaced with these stunning lyrics:

"You takin' a bath, sweetie? Okaaaaaaaaay!"

So, I repeat: What is that child doing?

Here's a picture of the little maniac at her junior prom (Covid robbed her of the senior prom) 2 years ago. (Clearly, she got that bathing thing down.)

I haven't been here in six years. *gulp*

As I was tooling around in my posts que, I discovered a number of posts I suspect may never have been published. (Surely this cannot be correct, right?) But, just in case, they weren't. I'm publishing this one now because this is such a stinkin' cute pun'kin'!

This is also my latest card for Outside the Box, the Memory Box Design Team's blog. 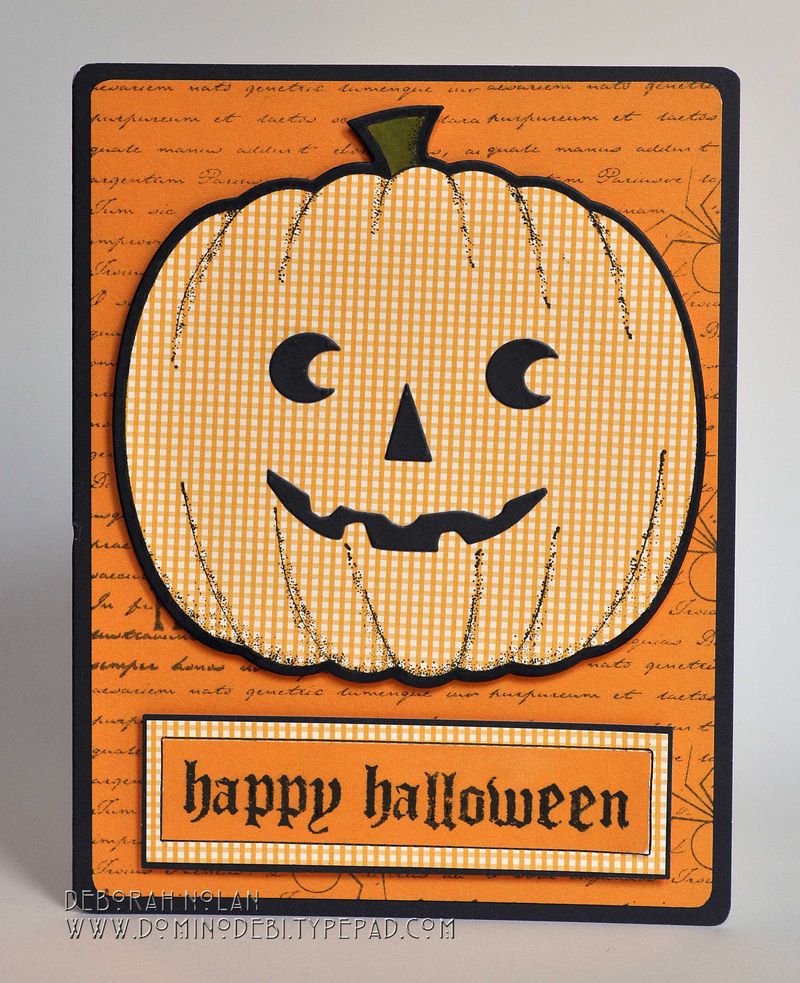 Take a scrap piece of cardstock - about 4"-6" long and adhere your circle to the end of it. Now you can apply the embossing ink and powder and be able to hold your circle by its "handle" so you don't burn your fingers when you heat emboss it!

All supplies are by Memory Box unless otherwise noted. 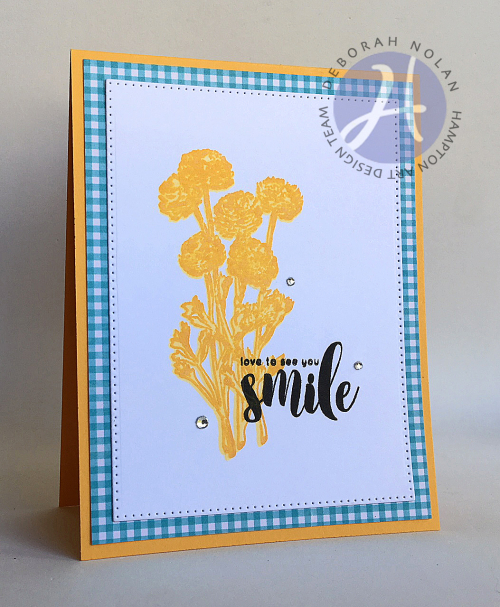 Love to See You Smile card by Deborah Nolan 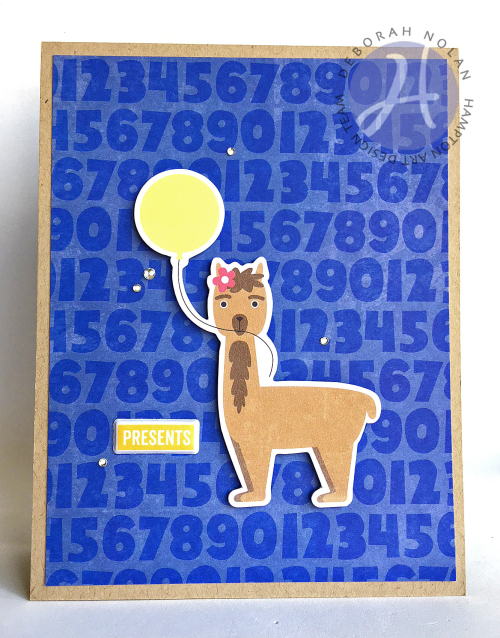 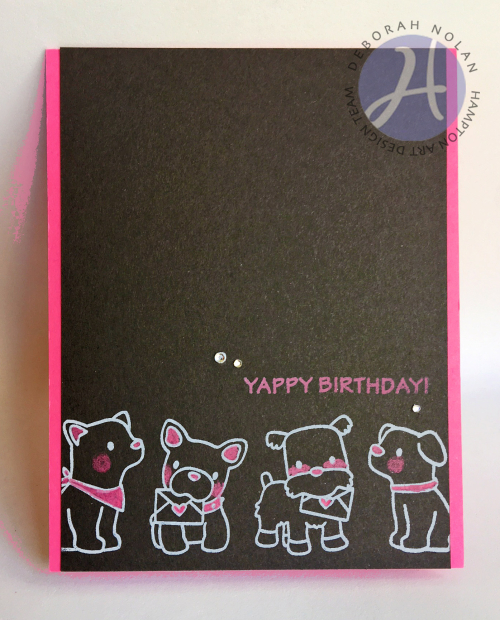 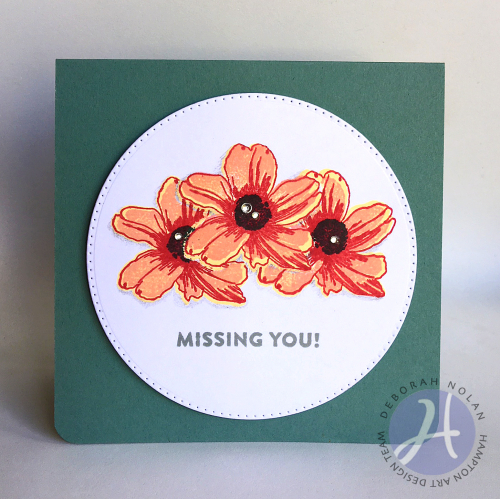 Missing You! card by Deborah Nolan

I've not been around (all my posted cards were scheduled months ago) and may put my blog to bed soon. I don't have any new content scheduled after March 7 and probably will not have any new content because I just haven't felt like creating anything with my hands. In September Gigi watched one of her dance coaches sustain a violent (and fatal) brain injury during their practice for the homecoming parade. My father died in October and my father-in-law died last month. I suspect these events (along with some other ones) have had a lot to do with my general sense of apathy for cardmaking.

I apologize for not responding to comments in a more timely fashion. Thank you for the support over the years and I wish all of you nothing but the best!

Thanks for stopping and have a blessed day.