Hello and welcome to the 2014 February Card Chain Challenge Reveal!

February's CCC had 27 participants and we had some first-time players: Jenny from Scotland and Mynette (our first cardmaker from Kansas)! Welcome, ladies!!!

Our cardmakers had the following challenge options (they could use as many of them as they wanted but were only required to use one): 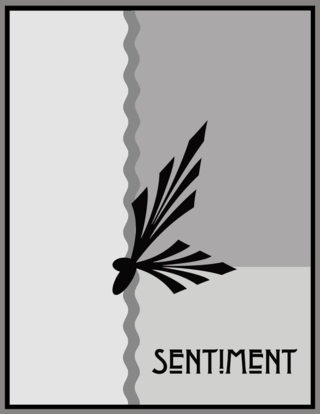 One of the following themes: Glamour or St. Patrick's Day or Friends

One of the following products/techniques: wood veneer shapes

All of our artists created masterpieces, so check out the February, 2014, CCC cards!!! 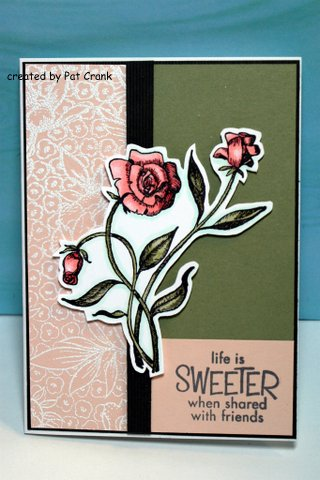 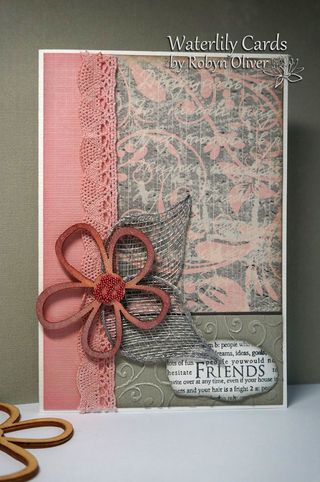 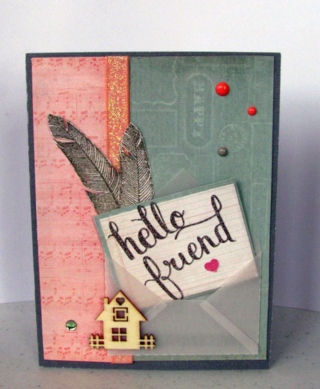 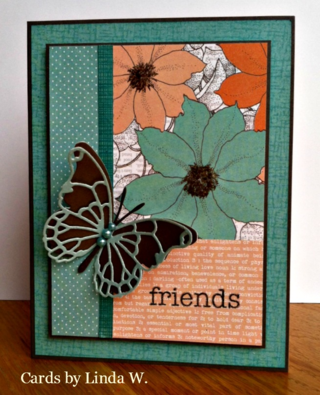 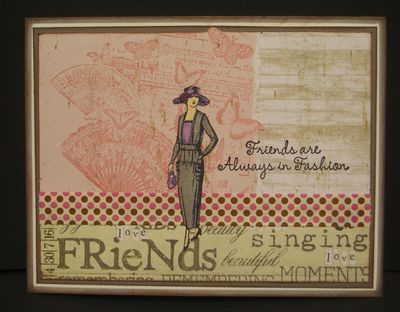 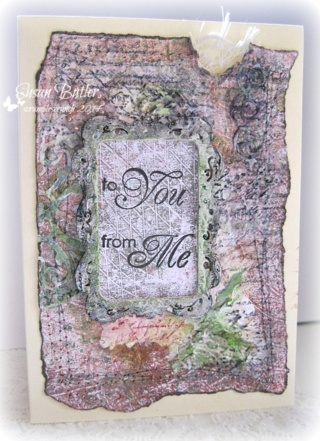 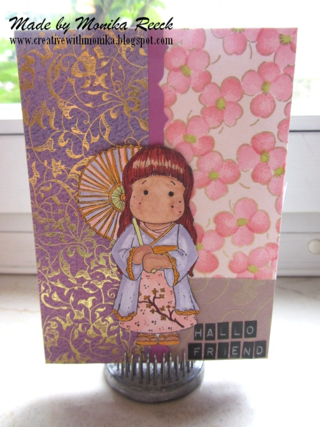 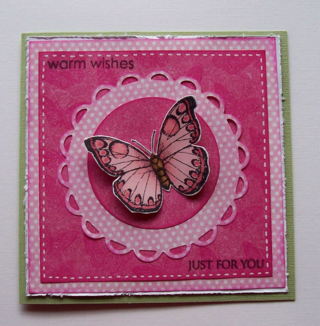 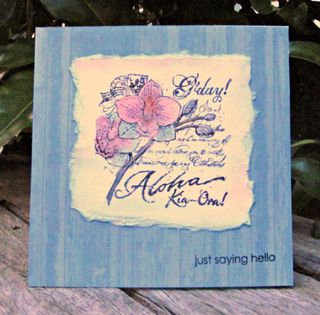 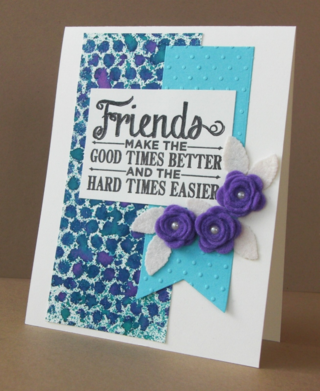 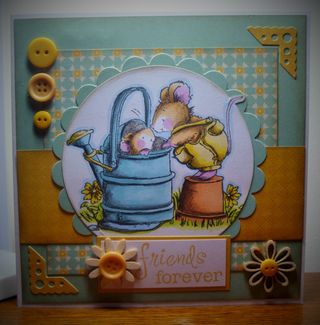 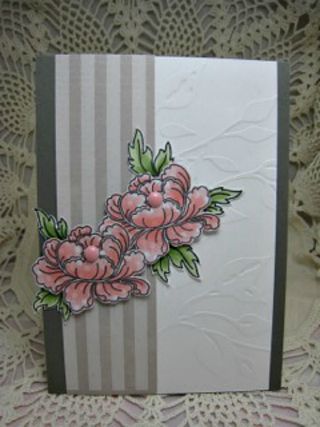 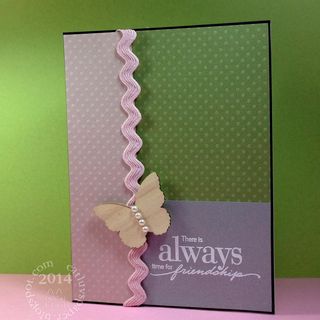 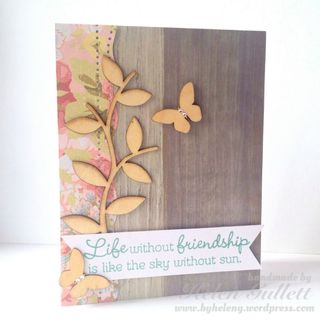 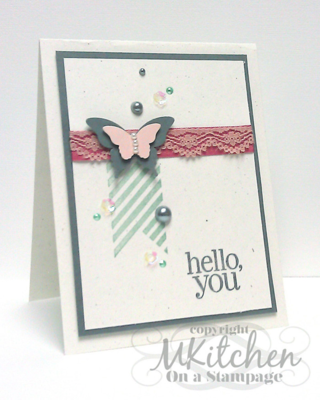 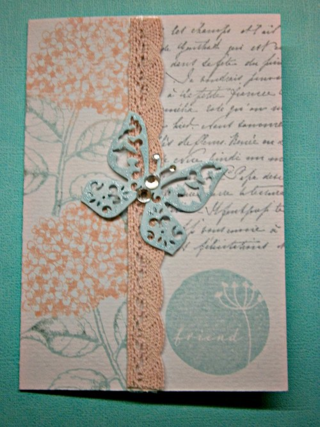 TO BE SEEN SOON! 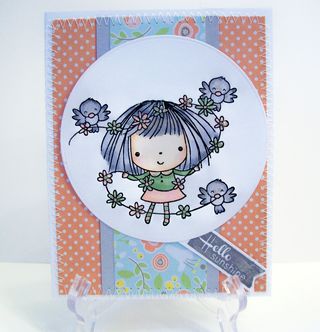 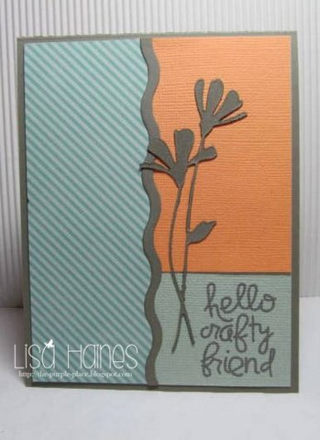 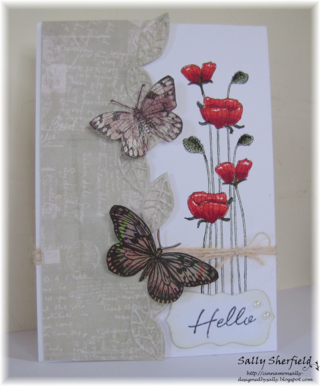 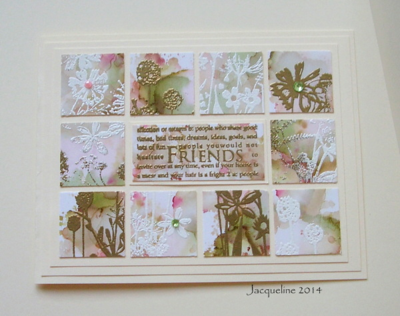 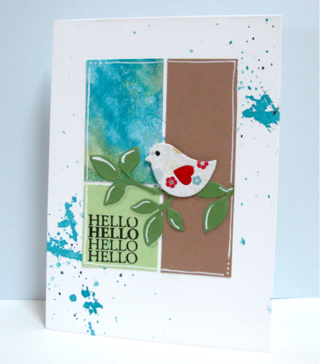 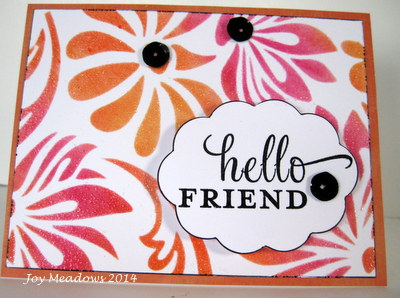 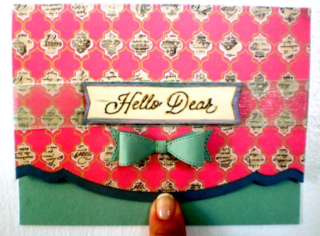 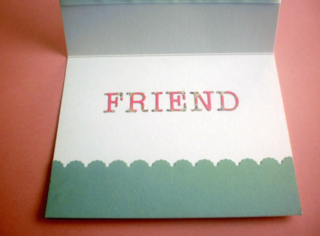 Arlene in California sent Deborah (yours truly in Indiana): 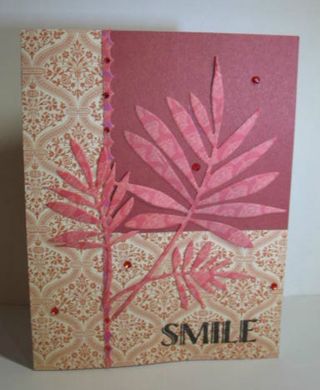 Deborah (yours truly in Indiana) sent Pat in Virginia: 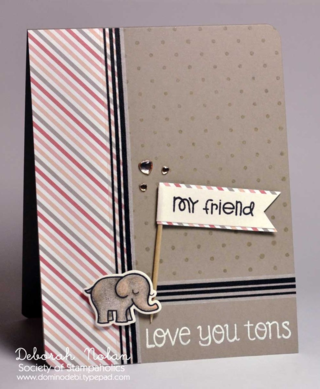 And that brings us full circle! Thank you, everyone, for sharing your artistic talent and doing your part for global relations!

Thank you, everyone, for sharing your artistic talent and doing your part for global relations!

You should definitely check out our participants' blogs and please leave 'em some love in the comments! (And don't forget to Pin your favorites!)

Hope to see you here!

(If you're reading this and have never participated, please consider doing so. And if you see that your country or state has never been represented, you are honor-bound to sign up and show that y'all are friendly and interested in building global peace - and your stamp collection - one card at a time!)

So far we've had over 1,130 cards in this little jaunt - most of whom are regulars. And where do they come from? Read on....

Past participants have hailed from: Australia, Belgium, Canada, Croatia, Denmark, France, Germany, Great Britain (aka: England), Greece, Holland (aka: The Netherlands), Hong Kong, India, Indonesia, Ireland, Italy, Japan, Malaysia, Mauritius, New Zealand, Norway, The Philippines, Scotland, Singapore, Slovenia, Switzerland, South Africa. (We only need to get some countries that begin with K, L, O, Q, R, T, U, V, W, X, Y, and Z to keep up with our alphabet list! We have 165 countries to go before we have total global participation!!!

(If you're new to the Card Chain Challenge ("CCC") this is an event where everybody wins. Basically, you make a card for the person above you on the chain and you receive a card from the person below you on the chain. It's a personalized swap, sort of, and it's a ton of fun! Go here for past Chains.

Posted at 05:00 AM in Card Chain Challenge, Cards, Challenges | Permalink

Fabulous cards everyone. Loved the one I got from Linda. Count me in again this month. Might try and round up some new players......

Love all the cards. Please, let me tell that the picture doesn't do justice to Joy's card. It's so beautiful IRL, the flowers are textured and have a soft shimmer, I'm sorry you can't see that in the pic. Thanks everybody for the inspiration!

Wow, beautiful cards everyone. A big thank you to Deborah for hosting this fun exchange every month :)

What a wonderful array of cards -- I adore the wonderful card that Judy created and sent to me and can't wait to play again!

This has fast become one of my favorite creative projects to take part in each month!!

Thanks again to Deborah for ALL the hard work in putting this together! We LOVE IT!!

Once again there are so many talent ladies joining in this fabulous fun exchange. All the cards this month are just gorgeous, many thanks to Deborah's hard work in hosting this monthly exchange, I just love send a card to someone special every month!!

Gorgeous cards, everyone - just love all the different interpretations of the sketch! Thanks for hosting, Deborah!!

Such a gorgeous array of cards! This was SO fun and I will be signing up again this month! HUGS to all! Mynn xx