I've had such fun making today's card using a technique called Inlaid Die Cuts (at least I think that's what it's called). I've been seeing it regularly and then I saw some videos showing it in the Clean & Simple One-Layer Cards 3 class at Online Card Classes.

I was hooked immediately.

I decided to make a masculine card using this technique, and here it is: my Clean & Simple, One-Layer tribute to Kandinsky: 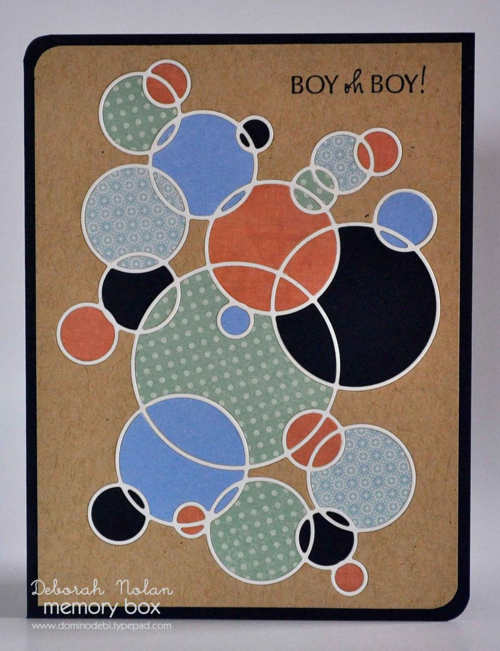 After you die cut the Large Ringlets from your cardstock and patterned paper, put a piece of scrap paper on top before you flip over the cutting plate. Then push out the negative pieces so they'll land in approximately the same place as in the die. (This makes finding the pieces you want much easier later.)
I hope you'll take a minute to drop by the Memory Box Design Team blog, Outside the Box and see what the great cards my sistahs have been making!
Thanks for stopping and have a blessed day!

Love the way you used this technique!

This is great. At first I though you had used lots of circle dies!! Wouldn't that have been a lot of work!! One lovely die. Another for the wishlist I suppose. Thanks for sharing

Fabulous use of the technique, Kandinsky would have tried this if he'd have had a cutter I'm sure! Jo x