The latest Memory Box release has been unveiled and we're having a blog blitz from Monday, April 13, through Friday, April 17, on the Design Team blog, Outside the Box!

You have until Sunday, April 19, at 11:50 p.m. EST to leave comments on blog posts at Outside the Box for chances to win prizes. Winners will be announced on Outside the Box on Monday, April 20.
M Y   P R I Z E
The prize you can win by commenting on my blog post at Outside the Box (not here) is the die set I used for my card today: the new Open Studio Circle Forest Scene die set! (Is it not the cutest?) You get two large dies of rolling hills with trees, two house bases, two house overlays, a front door for the larger house, six trees, and three clouds! 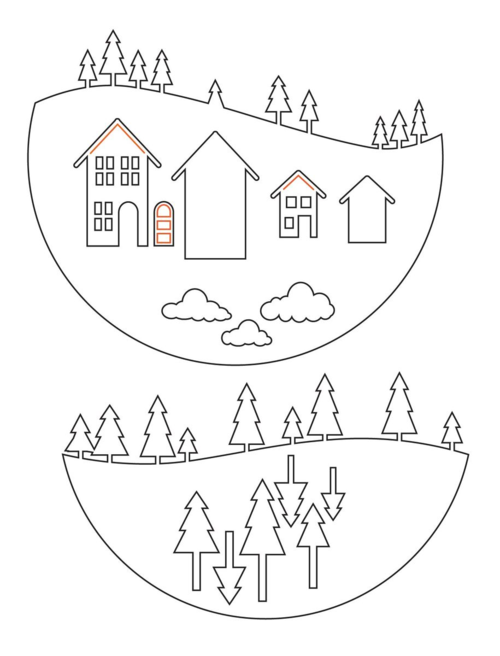 And here's what I made with this fantastic die set: 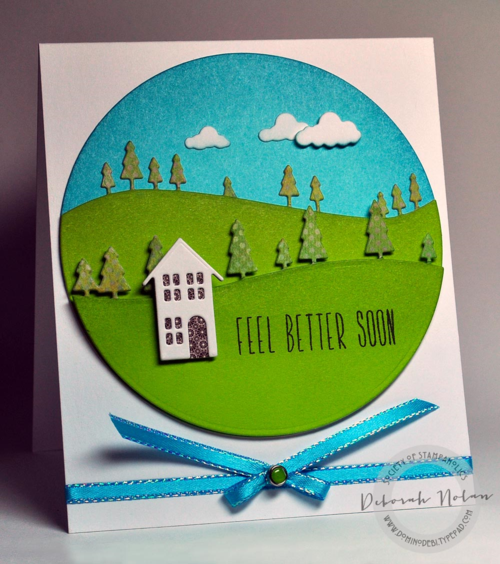 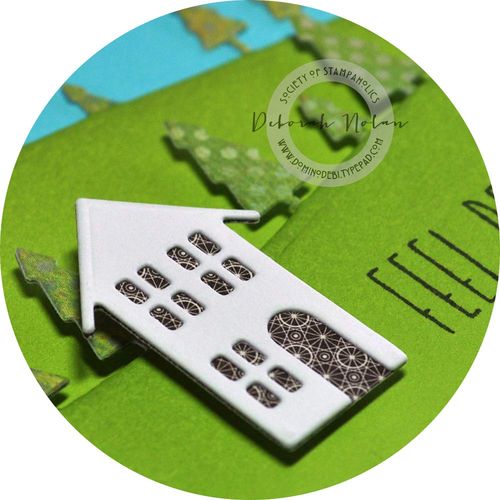 I don't have a circle die large enough to create the top of the circle (sky), but I discovered I didn't need one! Die cut the the larger of the two treeline dies on blue cardstock, turn it upside down (trees pointing downward), and temporarily tape it to a grid - so the top of the circle is on a horizontal grid line, and the sides at its widest breadth are aligned with vertical lines (it will fit perfectly within a 4"-wide square).

Now take your largest treeline die cut and place it over the bottom of the upside-down circle of sky. Slide the treeline circle up the blue circle until both the circles together fit exactly within a 4" x 4" space on your grid. Adhere the bottom green treeline semi-circle to the sky semi-circle and - Voila! You now have a perfect circle.

Wonderful card, Debi and the die set is fabulous. I'm headed over to Outside the Box to enter another comment :)

Your cards are so beautiful, Deborah. I will have to stop by to visit more often as your art is so inspiring!

This is a gorgeous card Deborah. What a lot if dies in that set. Hugz

Thank you, all, so very much for the supportive comments!