I was apologizing to my friend Darnell for my slow response to her email, and I saw that I had written:

I have a mountain of email to dig out from under.

As you may or may not know, an alleged Churchillian quote is this one:

That is the sort of nonsense up with which I shall not put!

Churchill was actually not being a grammar snob but was, in fact, responding to an editor's correction of one of his sentences that ended with a preposition. The correction, apparently, resulted in a rather ridiculous sentence so Churchill responded in kind.

Sir Winston Churchill died 50 years ago last week, so in honor of his memory, (and wit) I hereby dedicate this sentence:

I have a mountain of email out from under which I must dig.

Rest in peace, Churchy. You were da' Bomb.

An Update on My Dad

Many of you have been really supportive and encouraging while I've been dealing with the issue of my father's dementia. I am so grateful and thank you all so much for the comments, emails, and cards.

I have some good news to report, so I thought I'd share.

The Serenity Unit was able to place him in a nursing home with a "locked ward" which means he will not be able to go wandering off. They told him he was going to a different place for physical therapy, I guess, because he told me he had escaped the Serenity Unit by having perfect behavior and they had to let him go. (Before this he had insisted the hospital was really a prison and they weren't letting him out because they were afraid he would report them to the authorities - this would be part of his paranoid delusions.)

He also told me they had to send him to this "high end hotel" for physical therapy that is underwritten by Medicare and could I please pick up his car and keep it for him because he anticipated being there at least three months?

This, of course, reveals that he hasn't got a clue that he's in there for the rest of his life, and I'm really hoping that he'll continue to hold on to this particular delusion because I like that one a lot better than the ones that revolve around everybody at the hospital being white slavers and drug lords and thieves. More importantly, I like how he sounds now that he thinks he's staying in a hotel: much happier and far more relaxed.

Now that we have him placed, I have to file for guardianship and Medicaid and figure out what to do about his car lease, his apartment, and all of his credit cards, etc.

(Okay, that sounded NOT quite right, but I think y'all know what I mean.)

Probably the best thing I got to play with was Spectrum Noir's new line of blendable colored pencils, thanks to Mary Dawn Quirindongo's being on the Crafter's Companion DT. Colored pencils are my favorite coloring medium, so you know I was all over those babies! This line of pencils is brand new, and there are five different collections with 24 different colors per tin, so we're talking a lot of choices! I had some fabulous results which I will be posting soon.

Okay, long story short, Mary Dawn really liked what I did with the pencils, so she contacted Taylor Usry, the Social Media Manager for Crafter's Companion and Spectrum Noir, and Taylor emailed me that she had sent me a box of the entire Spectrum Noir product line - both pencils AND markers.

I thought that had to be a mistake... and then the parcel arrived.

Oh, my stars and garters, Mother of Pearl, and Mercy, Mercy, Maude!

Not only did she send me all of the markers (150) and pencils (120), she sent me the stackable tray marker holders, a DVD, premium cardstock, replacement nibs, paper stumps, a sanding block for same, and their pencil sharpener!

So how cool is that?

I'm so excited to play with all of it, I don't know which thing to grab first!

And if that's the hardest choice I have to make this week... I can live with that.

I was so overextended last week - playing catch up left and right - and if I were playing pro ball, I would have been shipped back down to the minors for excessive errors.

Even when I got ahead of the ball, I still managed to strike out! (End of the baseball analogy, I promise.)

Do you ever feel like you should just give up and take to your bed with an entire cheesecake? 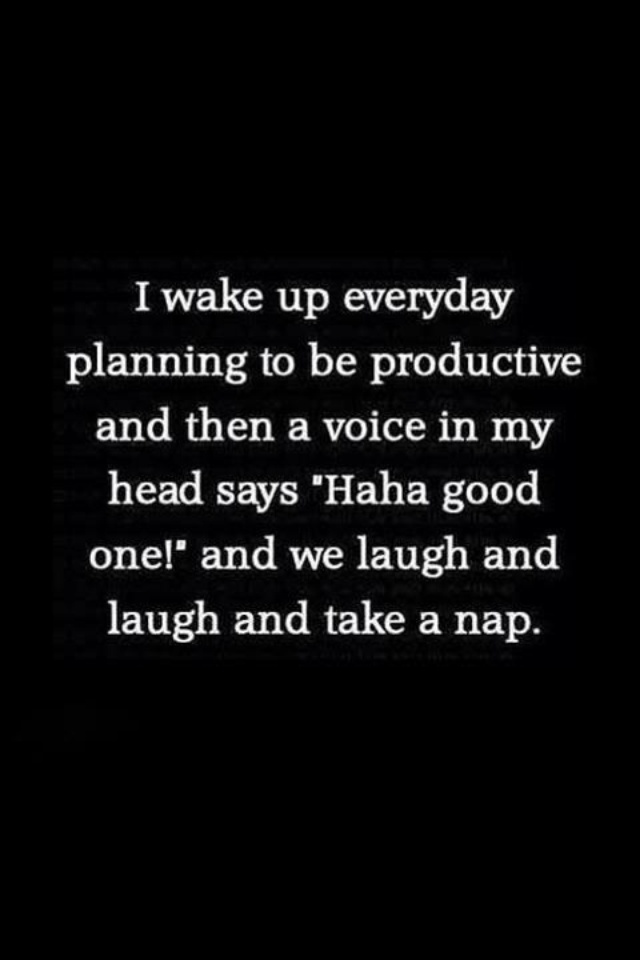 Case in point: The Craft's Meow video for its blog post yesterday. I had that thing ready to go a WEEK ago. I was so flippin' smug about it, I would have deserved a slap had anyone cared to give it to me.

Karma slapped the livin' daylights outta me, in fact.

The problem was on the very first frame. The title frame, to be exact. Back in March, I made a template for the beginning and end "credits" so I could easily switch out info each month. I was Being Efficient.

Only it doesn't really work if you change out the stamp sets used, but forget to change the title.

So there we are, looking at Happy Birthday when it should read Wedding Day.

I could have screamed. I think I did scream, actually.

Aaaaaaanyway, I had to edit the video, obviously. Making the actual change took less than two minutes. Having iMovie "prepare" the video for sharing... not so fast (try 60+ minutes). Then uploading it to YouTube took another 20 minutes or so.

To say I was furious would be an understatement. And, of course, in the midst of all the angst and the late hour, I totally forgot to publish my own post about the video at TCM (which had also been written a week ago). AND I didn't even include a picture of my card in TCM's post. Luckily, we have a very patient and kind DT leader who alerted me to these omissions or there still wouldn't be a card over there or a post over here.

There are times when I seriously wonder how I have managed to make it thus far without being institutionalized.

I expect the men in little white jackets any day now....

If you enjoyed this post, please hit the G+ button below (listed next to the Twitter button right above the comments). I need to establish my author rank ASAP for professional reasons. Thank you so much!

As a result of reading certain books as a child (The Little House series, The Swiss Family Robinson, My Side of the Mountain, etc.), I've always had a keen interest in doing things for myself. I love modern conveniences as much as the next person, but I hate being dependent upon them. I worry about all the knowledge we've lost and how we'd respond (as a nation) if the world suddenly fell apart ala Stephen King's The Stand.

So I harbor a hippie deep within myself and attempt to be as independent as I can from modern conveniences. I make my own spaghetti sauce, for example (it's really not that hard); and I used to make 80% of my clothing.

Nearly two weeks ago, I decided to step up and make my own laundry detergent, and I am very satisfied with the results. For a fraction of the cost of Tide, Gain, and all those other over-priced detergents, I'm washing our clothes, and they look great!

I mulled over several recipes I discovered online and finally ended up sort of combining two and adding an extra ingredient just to be on the safe side. If you want to give this a shot (and I highly recommend that you do), I've included the ingredients and directions below).

1 Fels-Naptha bar of soap (available in your laundry aisle)

Paint stir stick (or stirring utensil of your choice)

You can use your detergent immediately. The yield is 5 gallons.

Shake mixture before each use.

So 1/2 cup of our homemade detergent (per load) costs about 2 cents.

I can live with that.

This weekend, I'm going to make some fabric softener!!!

What gets dirtier and dirtier, the more it cleans?

It seems like an oxymoron, but it's true. My washing machine, for example, is a scandal, and I, for one, want nothing more to do with it. Unfortunately, I can't afford to send everything out to a dry cleaner (and wouldn't, even if I could - I'm a little uncomfortable with strangers folding my family's unmentionables).

So I'm stuck with our filthy washing machine.

But she's filthy no longer! Yea, verily, I say unto you, "I've cleaned that baby, and she shore do shine!"

Here's what you do for a top-loader:

Now it's my understanding that there are some other, more intensive things one can do that involve opening up the back of the machine and getting into its bowels. I'm not quite brave enough to go there yet. But when I do, I'll let you know what happened.

I just found out what's wrong with me!

(Talk about you attention-grabbing leads....)

For the longest time, I've felt like crap. Zero energy, completely exhausted, and, worst of all, my brain hasn't been working properly. And by that, I mean that I've had increasing difficulty concentrating, and I keep forgetting things and losing my train of thought. (way more than is normal for me.) I was seriously beginning to wonder if I was getting Altzheimers waaaaaay too early.

But it's not that. Or any other major disease.

Given my size, that seems incredible (not to mention impossible), but there it is. My daily protein intake is about 1/4 of what it should be. Protein is what the body breaks down into amino acids - which are then used to keep all the organs (including the brain) up and running properly.

When the body doesn't get enough protein, it starts to think there's a famine in the land and goes into crisis mode. This means it shuts down as many functions as it can, distributing the amino acids to those organs it considers most important (maintaining the heart definitely trumps keeping the brain working at maximum efficiency). It hoardes calories and basically "hybernates." So you end up like a zombie who can still run from whatever eats zombies if the need arises.

Or something like that. (Given my brain's current inability to focus, who knows what I was actually told. I'm sure about the remedy, though, because I had the doctor write down that bit.)

Chop off my legs and call me Shorty! No wonder I feel like death on a cracker.

I've been ordered to get in touch with my inner caveman and eat protein like the mastadons are overpopulating and eating all the cave woman's nuts and berries. And take protein supplements. AND increase my vitamin D intake.

If any of you are feeling puny and stupid, check with your doctor and get a blood test. You might need to be joining me on the ol' protein bandwagon.

If you enjoyed this post, please hit the G+ button below (listed next to the Twitter button right above the comments). I need to establish my author rank ASAP for professional reasons. Thank you so much!